In roller derby two teams compete against each other on an oval-shaped track. The players skate on old fashioned four wheeled quad-skates. The object of the game is to score the most points. Each team has four blockers and one jammer on track. Jammers score points by lapping opposing blockers on the track. The blockers try to stop the opposing jammer from passing while helping their own jammer to pass the opponents.

Roller derby is a full contact sport with roots in the 1920’s U.S.A. Contemporary roller derby started in Austin, Texas in 2001 and has since become one of the fastest growing women’s sports.

A roller derby game consists of two 30-minute periods. Each period is composed of an unlimited number of ‘jams’ which can last up to two minutes. After each jam, the teams have 30 seconds to line up for the next jam. If a skater is not on the track when the whistle is blown, their team must skate with fewer players. The blockers start the jam between the pivot line and the jammer line. Jammers start behind the jammer line. The jam starts with one long whistle and ends when four short whistles (repeated three times) are blown. The jam ends either when the ‘lead jammer’ makes the ‘call-off’ signal by placing their hands on their hips repeatedly, or when two minutes is up on the jam clock. The jam can also be whistled “dead” for a number of reasons, e.g. one team hasn’t fielded any blockers when the jam starts.

There has to be two teams on the track for a jam to start or continue; meaning there has to be at least one blocker from each team on the track. There also has to be at least one jammer on the track. The teams consist of up to 14 skaters. Each team can have no more than five skaters on the track at one time. A full line-up is made up of four ‘blockers’ and one ‘jammer’. The jammer is the only person who can score points. One of the blockers can be designated ‘pivot’, which means they are eligible to receive the jammer status from the original jammer. A pivot wears a striped helmet cover, while the jammer is designated by a helmet cover with a large star on both sides. Blockers do not wear helmet covers.

The blockers from both teams are responsible for the ‘pack’ formation at all times. The pack is defined by the largest group of upright and in-bounds skaters from both teams within 3-feet distance from each other. If the pack can’t be defined, and there’s a ‘no-pack’ situation, the blockers must reform the pack as soon as possible. The blockers are not allowed to have an impact on the game in a no-pack situation. When the pack is defined, the blockers can move and play offense or defense in the pack, or in the 6 meters engagement zone in front of the foremost pack skater or behind the last pack skater. The jammers are not part of the pack, so they can engage each other anywhere on the track.

If a skater receives a penalty, they are sent to the penalty box to serve 30 seconds for the infraction. This includes bettering their team’s position by e.g. cutting the track, impeding or grabbing the opponent with hands/forearms, blocking someone in illegal target areas (above the shoulders, in the back, below the mid-thigh), blocking someone with illegal blocking areas (head, elbows, hands, below mid-thigh), blocking a jammer while 6 meters ahead or behind the pack, making contact while out-of-bounds, stopped or clockwise blocks etc. If the skater doesn’t leave the track when sent out to serve their penalty, the referee can give them an extra 30 seconds penalty for insubordination. If a skater receives seven penalties during a bout, they foul out. The Head Referee can also expel a skater for a gross misconduct.

In addition to a group of non-skating officials, there are seven referees officiating the bout, skating both on the inside and on the outside of the track. Both jammers have a referee who skates by the jammer’s side and all the other referees watch the action in the pack. One of the referees is the Head Referee, who is the highest official in a bout.

The complete rule set can be found here:  http://wftda.com/rules 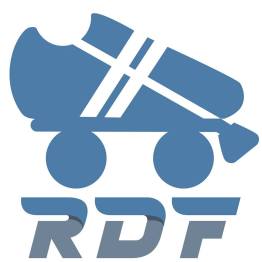 Lauantaina DRRD:n molemmat joukkueet pelaavat Pasilassa! Tervetuloa katsomoon tai striimin äärelle. Lisätietoja Facebookissa! 🎉 On Saturday both our A and B team will play in Pasila! More info on Facebook. 😍 Julisteen valokuva: Star Pass Photos
Last Friday we learned more about concussions in roller derby and the type of injury a concussion is. This is so important! Let's try to keep ourselves and each other safe. Let's raise awareness about concussions and always return to play gradually after a concussion. Health must always be the priority. We at DRRD encourage you to educate yourself and your league! 💔🤕🆘🚑❤️ #aivotärähdys #concussion #rollerderbyinjury #safetyfirst #concussionawareness
Kiitos @helsinkirollerderby Queen B’s kivasta ja kovasta harkkapelistä! Ensi viikolla pelaamme @oulurollerderby vastaan! Olemme valmiita 🔥🥳 #förifighters #förionrautaa